Hurricane Laura hit the Louisiana coast of the United States, turning into a Category Four. At this time, the wind speed was a maximum of one hundred and fifty miles per hour. Meanwhile, Hurricane Laura’s torrential rains caused flash floods in the United States, killing 8 million people. Besides, seven lakh residents of the two cities are without electricity. 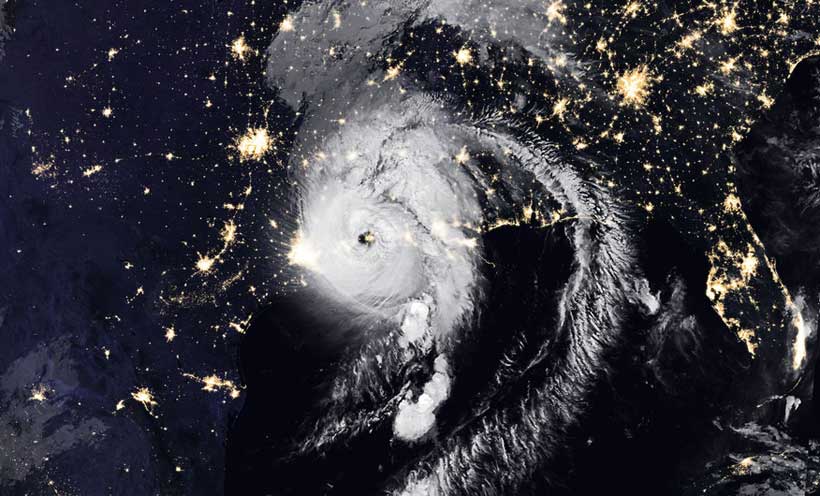 In a Facebook post-Thursday, Louisiana Mayor Nick Hunter said the cyclone damaged the city’s Charles water plant. There is minimal drainage of water through most of the drains of the plant.

The locals are without electricity. Six people were found dead in the storm. Louisiana suddenly flooded during the night. By morning the water had risen to three feet. The Lake Charles area suffered the most damage. The storm blew away some houses.

Hurricane Laura had a wind speed of 150 mph when it struck Cameron, Louisiana. Strong Hurricane Laura hit the US coastal states Louisiana and Texas, on Thursday morning (27 August 2020). The storm has caused flash floods in the border areas of the two states. At least 5 lakh people in the area deprived of electricity.

According to the US National Hurricane Center, Hurricane Laura’s wind speed was 150 miles per hour when it hit Cameron, Louisiana. Laura is the strongest hurricane to hit the United States this year. The storm is gradually moving inland.

Hurricane Laura has already caused flooding in Louisiana. At least half a million people in Texas-Louisiana have been told to evacuate their homes to safety. The NHC warned that the storm could cause a 15- to 20-foot-high tidal wave off the coast.

Pictures and video footage published on various social media, including the media, show that the heavy rains’ floods have already submerged the roads around the coastal area. The power supply has cut off, and the whole place is in darkness.

According to the NHC, at least 360,000 people in Louisiana have cut off by the storm. In Texas, on the other hand, more than 75,000 families are in the dark.

Less than 72 hours later, another hurricane, Marco, raged along the coast of the United States. The storm has killed at least 24 people in the Caribbean.

The wildfires in California have burned 2.2 million acres of land; 14,000 workers are working continuously to extinguish the fire

For the first time, the International Day of Clean Air for Blue Sky was celebrated.