When many countries around the world are plagued by coronavirus outbreaks, in April of this year, news from around the world responded to a report from the African island nation of Madagascar.
The news is that a drink made from a local plant is being used to prevent coronavirus.

The President of Madagascar, Andry Rajoelina, promoted the ‘amazing qualities’ of the tree, Artemisia.

It is known that the extract of that plant called Artemisia is effective against malaria.

But there is no evidence that it can deal with Covid-19, said the World Health Organization (WHO). 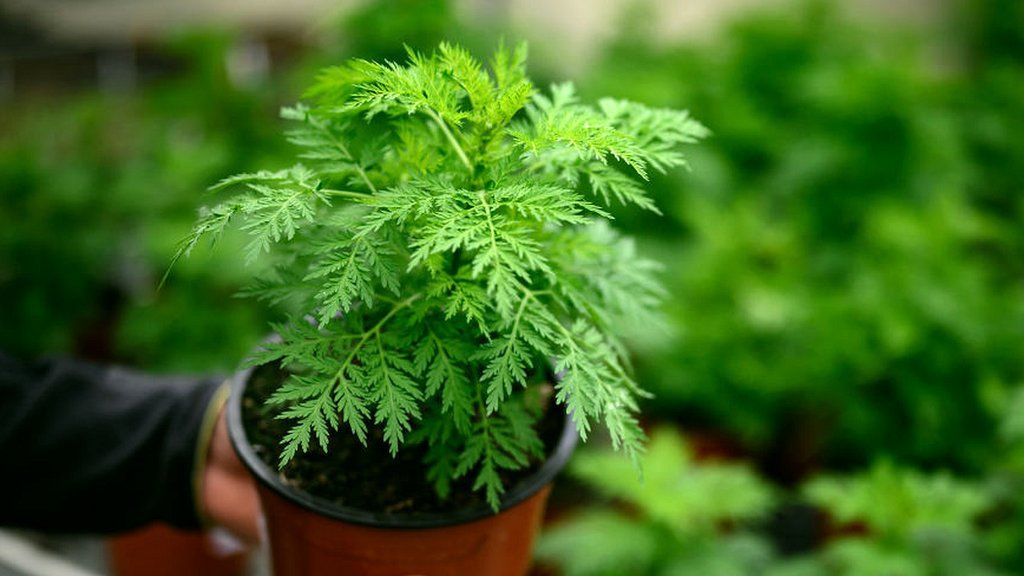 So what’s the matter? How much is known about this tree and its qualities?

Where did this Artemisia come from?

The original origin of Artemisia is from Asia. But it grows in many other countries – where there the weather is hot, and there is plenty of sunshine.

Artemisia has been used in traditional Chinese medicine for over 2,000 years.

Medicines made from Artemisia are commonly used there to treat malaria or fever and as a pain-reliever.

In Chinese medicine, it is called Qing Hao. In English, it is called Sweet Wormwood or Annual Wormwood. It is also used as alternative medicine or in making some alcohol.

Does Artemisia work against Covid-19?

In April of this year, Madagascar’s President Rajoelina said a survey had been conducted on a drink called COVID-Organics, made from Artemisia, and found to be effective in treating the disease.

In November, he reiterated the same demand. But no evidence in favor of this has been made public.

It is unknown at this time what he will do after leaving the post. But the government says 60 percent of it comes from the Artemisia tree.

Its capsules and injections have also been developed in Madagascar, and clinical trials have been conducted.

German and Danish scientists are now examining the extract of Artemisia annua tree. They say laboratory tests of that plant have shown some effectiveness against the new coronavirus.

Studies have shown that this extract, when used with pure ethanol or distilled water, acts as an anti-viral. However, their research has not been independently verified by other scientists.

These researchers are now working at the University of Kentucky, United States, and at some point, it will be tested on the human body.

China is also examining traditional medicines made using the plant Artemisia annua on its initiative.

There are multiple species of Artemisia plants. South Africa is also testing in laboratories whether two species, Artemisia annua and Artemisia afra, work against Covid-19. But no results have been found yet.

What is the World Health Organization saying?

The World Health Organization says it has not yet received detailed information about the Madagascar test.

Jean-Baptiste Nikema, the agency’s African region official, said that after seeing the results of the first trials, they could either get involved in the next episode’s trials.

So far, however, the WHO says there is no evidence that any product made from Artemisia works against Covid-19.

They also say that all plants that make up the drug should be tested for efficacy and harmful side effects.

How is Artemisia used against malaria?

The active ingredient found in the dried leaves of Artemisia annua is called Artemisinin – and it works to cure malaria.

Scientists in China discovered it in the 1970s when the research was underway to develop a cure for malaria.

This was especially true for those types of malaria that are now chloroquine-resistant.
The ACT contains substances other than artemisinin-derived ingredients, reducing the number of malaria parasites in the human body.

In some countries where malaria outbreaks have occurred in the last 15 years, ACT has become available globally.

It has helped reduce the number of people infected with the disease.

However, the use of Artemisia extract to cure malaria has now increased.

Artemisia-derived tea is also available, raising concerns that the malaria virus may one day develop the ability to prevent this Artemisia. Such signs are already being seen in Southeast Asia.

So the World Health Organization is now discouraging the use of Artemisia in any product other than medicine.