Bangladesh Environmental Movement (BAPA) has alleged that a few trees were cut down along with a small hill at Shahjalal University of Science and Technology in Sylhet without complying with the law. The organization made the allegation from a sit-in held in front of the university’s main gate on Tuesday, July 28, 2020, after a field visit.

He said the hill slopes were cut down in the name of construction a hall for the university, and several trees had been cut down, citing transportation facilities. 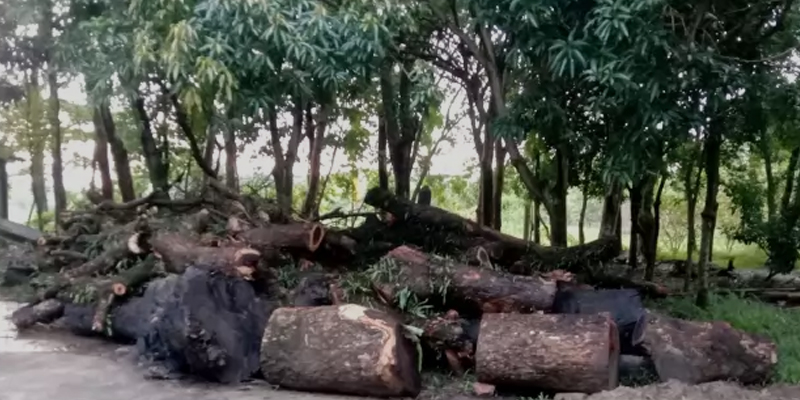 This was done in the chance that the university was closed due to the Corona situation. This university is one of the renowned educational institutions in Bangladesh. A student will learn to protect the environment and apply it in future life.

But if the university does not pay attention to the environmental law, then the issue is not just environmentalist but also sad for the ordinary people. Peoples behind the occurrence should be identified and brought under the law.

The Director of the Linguistic Movement Activist

According to university sources, a new student hall is being constructed between Begum Sirajunnesa Chowdhury Hall and Shaheed Janani Jahanara Imam Hall at the cost of around Tk.235 million.

There are a few hills as well. One of the tillers is a tin fence on one side. With that soil, the lower part of the land allotted for the student hall is being leveled. Messrs. CF Corporation is working under the supervision of the engineers of the university. 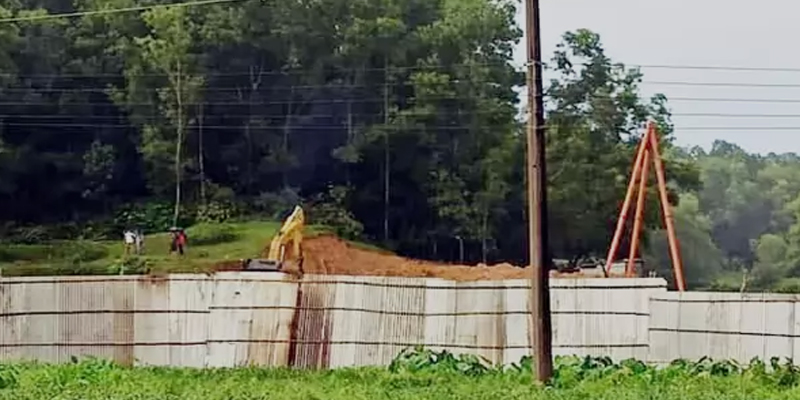 Shah Shaheda Akhtar, the Coordinator of the Bangladesh Environmental Lawyers Association (BELA) Sylhet region, told Prothom Alo that there is a directive from the high court against the cutting of hills in the Sylhet region in addition to the current environmental law.

University authorities have simultaneously disobeyed environmental laws and high court orders. A letter was sent to the Vice-Chancellor of the University and asking him to inform about the incident.

When contacted on his mobile phone, Farid Uddin Ahmed, Vice-Chancellor of the University, claimed that no hill had been cut. Asked specifically about the construction of the installation at two locations and the top of the hill, he said, ‘I saw that the contractor had leveled some soil at the bottom.

I have instructed not to cut any mound.’ He called the vice-chancellor’s mobile phone several times this afternoon to talk about the allegation of cutting down trees, but he did not answer.

A Giant Devilfish Weighing 780 Kg Caught in the Net

Bangladesh Prime Minister’s 5 proposals to save the Planet