Many people lose their lives every year due to lighting in Bangladesh. But this number was highest in the last few years in 2018. In 2018, 359 peoples died in the country due to lightning.

Lighting is also a natural calamity that is increasing at the highest rate day by due to the human excessive intervention in the sky. 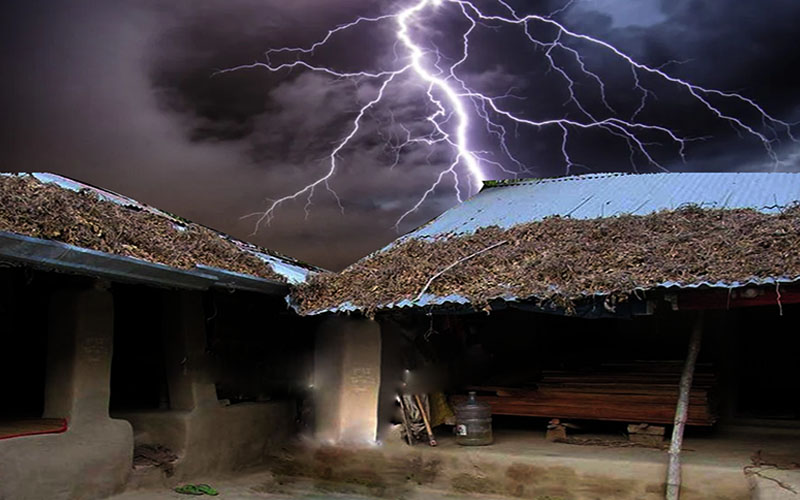 In this horror situation, the death of 57 peoples due to lightning strike actually cut the scars in the minds of the people in the country.

The Disaster Forum, a non-governmental organization working on disasters, released a report on Monday (April 27, 2020). Where it is seen that the information from 4 to 24 April has been highlighted.

The organization said it had obtained information directly from six areas of the country, as well as published information based on newspaper reports.

According to the report, out of 57, 47 dead were of men and died while working on agricultural land or fishing.

The highest number of people who were killed in the lightning strike is in the Sylhet division.

Last year the Digester Department of Bangladesh included the death by lightning in the list of death of natural calamities, but to minimize this no scientific action yet to taken except some kind of warning circulation.

Not locusts: Bangladesh on the grasshoppers watch

There could be severe famines worldwide because of COVID-19 Coronavirus