Many of the cosmic phenomena may escape the eye. But, with the advancement of science, everything is exploring now. NASA has issued a warning that multiple asteroids are approaching the Earth. 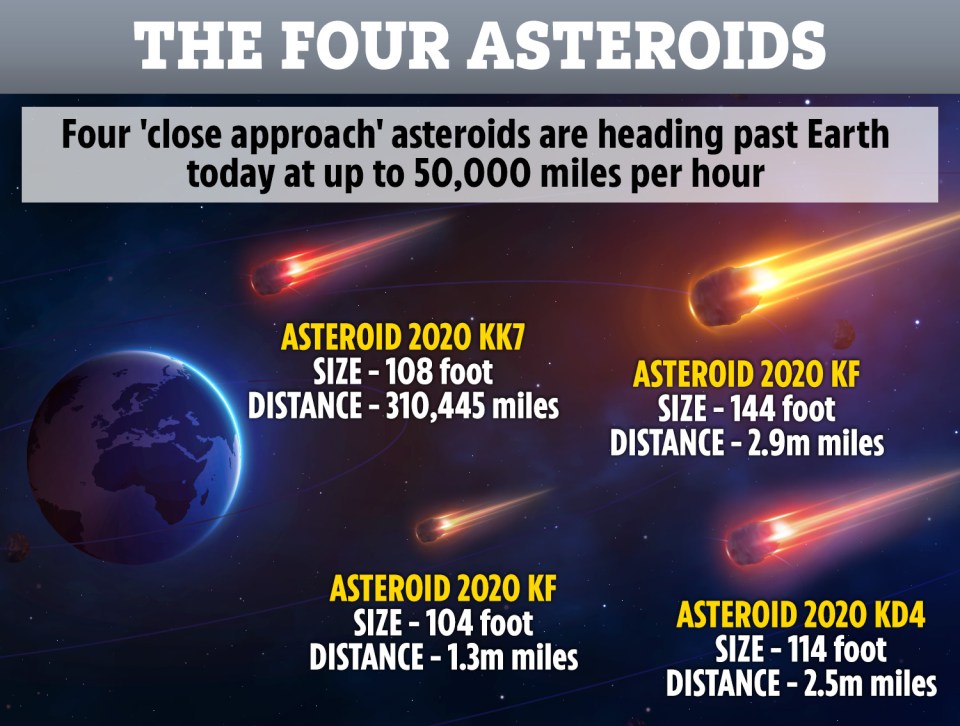 Not one, but four asteroids are supposed to fly very close to the Earth. But the outcome of this journey is still unknown to scientists. That is why they think it is better to be careful from now on.

In that case, there was no significant damage to the Earth. A total of four such different asteroids will fly very close to the Earth, NASA said.

Besides, researchers at Sao Paulo State University said they had found at least 19 separate asteroids, which are currently in between Jupiter and Neptune.

But because of the differences in their orbits in the solar system, scientists have noticed them separately. These are thought to have come from outside the solar system.

That being said, these are migratory asteroids.

Scientists say there are only 19 of these, or that they are members of a larger asteroid family, yet it is not clear.

They estimate that these began orbiting the sun 4.5 billion years ago. Then their position changed. However, scientists are still unable to explain why the orbits of these asteroids have changed.

Maybe they have changed due to their own gravitational force or some other reason.

However, they are considered to be necessary enough to maintain stability and balance in the solar system.

The Teesta has now become a barren shelf, a threat to the biodiversity of northern Bangladesh