Various precious marine creatures, along with sea turtles, are dying. Their dead bodies are floating on the shore of the Cox’s Bazar Sea Beach in Bangladesh.

Although the situation is deeply worrying and sad, the local people and administration or the beach management committee do not seem to take any charitable initiatives.

The local people did not see any steps to rescue the injured marine creatures that came with the waves and return them to the sea. Instead, they were busy collecting valuable things from the wastes. 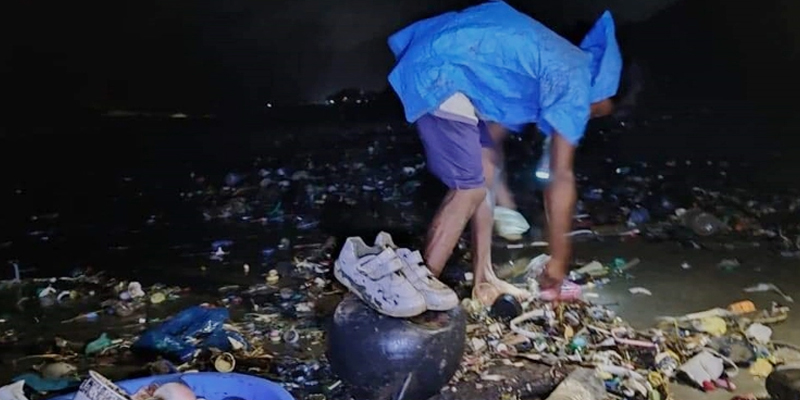 In this context, he said, “Recently it has been published in the newspapers that a foreign ship has dumped thousands of tons of waste into the Bay of Bengal near the Bangladesh territories.

With that waste and fishing nets, sea snakes and turtles come up to the beach. But what I think is that this news is just fake and fabricated? Because I have been working on these for the last seven days.”

In this context, he said, as recently published in the papers, a foreign ship has dumped thousands of tons of waste on our country’s shores.

The sea snakes and turtles come up on the beach with the waste and fishing nets. But what I think is that the news is just fake? Because I’ve been working on these things for the last seven days.”

“90 percent of the products that float on the beach are from our country’s waste. Everything, including sandals of Bata, sunlight gas lighter, is the things of our country.

And the remaining 10 percent of things are from Myanmar and Thailand. These items can be bought at the Burmese market in Cox’s Bazar.”

“On the first day, I rescued 21 injured sea turtles from the beach with my farm staff and sent them back to the sea,” he said. “Among the turtles, we found two were trapped in nets.

I cut the net to bring out those two. The remaining 19 turtles were lying on the beach. Some fell on their backs; some were injured; some didn’t have the front right flipper; The front left flipper of some was severed, and Some didn’t have one of the behind flippers.” 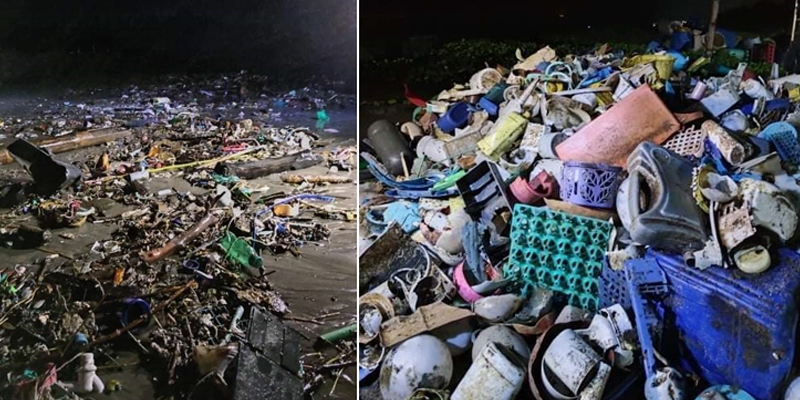 ‘When we let these turtles return to the sea, 6 to 8 of these turtles came back to the beach floating in the water because they do not have the physical ability to swim.

Because if it doesn’t have front flippers, what can it swim? In this way, they have come again floating with the waves.”

Referring to the most heartbreaking scenes, Adnan said, “Hundreds of locals were busy collecting bottles of liquor and valuable items from the garbage.

Turtles those were overturned in front of them or fall at their feet; not a single human thought was to take the turtles and leave them in the water.”

Biswajit Sen, a local environmentalist, said about the wastes that came with the tide, “The cause of the waste is not the sea; rather it is human-made.

Waste is always dumped in the sea from ships and boats. There are also some reasons for the city’s waste to flow into the sea when the hill sliding occurs. When the tide comes in, the excess waste swells on the beach.”

“The sea turtles have got into this situation by getting entangled in other nets including the current net thrown by the fishermen in the sea. We will take up awareness activities in this regard so that this incident does not happen again.”

Two people were convicted of selling banned polythene in Bhaluka