Bangladesh, a country of South Asia, has numerous potential spots of ecotourism opportunities. Ratargul swamp forest is one of them.

There is 22 freshwater swamp forest in the world, including Ratargul. It is located at Fatehpur union of Gowainghat Upazilla, Sylhet, Bangladesh, 45Km in the North-West of Sylhet, lies at 25°00.025′N latitude and 91°58.180′E longitude.

It is the only swamp forest in Bangladesh. Its main attraction is its watery plants and other species live on this.

This evergreen forest gets submerged under 20 feet water in some part during the rainy season, which is the habitat of so many species. About 73 species of plants, 26 species of mammals, 175 species of birds, 9 amphibians, 20 species of reptiles exist there (IUCN, 2004).

The functions of wetlands have been described differently in the available literature. According to Groot, wetlands function can be categorized into four distinct classes (Groot, 1992).

(2) Carrier functions where ecosystems provide space for activities; like-human settlement, the extension of urbanization, cultivation and energy conversion, the field of education and research, employment opportunity, and other activities.

However, the environmental services of swamp forests play a significant role in the maintenance of hydrological cycle, water storage, and drainage, flood control, purification of water, balancing of atmospheric gases, carbon sink, and other ecological functions. In fact, local people easily can imagine the influence of the direct economic values of wetlands.

Nowadays, the Ratargul Swamp forest has become one of the most attractive sites of ecotourism which is significantly enriching our economy and also has an impact on the culture and environment of that area. Surrounding people totally or partially depend on this wetland in different ways.

A handsome amount of rice, fodder, and fuel comes from this wetland area. Many people collect patipata (Schumannianthus dichotoma) from this forest which is used for making handicrafts, thatching materials, etc. Fishing is an important source for a livelihood that is carried out during the rainy season.

Every year thousands of tourists come from home and abroad to visit this unique place. Normally boats are used to visit this place in the rainy season. So, tourism has a considerable effect to change the lifestyles, economy, and environment of local people (Brown, 2005).

Geologically this wetland forest consists of part of two rivers with several channels and surrounded by seasonal paddy lands, isolated hillocks, and villages (Choudhury et al., 2004). This is only one freshwater swamp forest of Bangladesh with special features (Dey, 2013). These types of land settings are the principal reason for the rich biodiversity of this wetland area.

The wetlands of Bangladesh play a praise-worthy role in an ecological, economic, and social context. However, socio-economic aspects are more remarkable; because, most of the people directly depend on wetland resources for their livelihood (Talukder, 2009).

The long term (2005-2018) satellite imageries suggest that both the areas and density of forests have been decreased in the swamp forest. About 94 species of fish inhabit the Ratargul Swamp Forest. Among them 28 species are threatened, of which 14 are vulnerable, 10 are endangered and 4 are critically endangered (Islam et al., 2016).

Mainly two types of problems due to anthropogenic and natural causes in this forest. These problems are regarding forest areas and species of plants and animals. Two periodic images (November 2005 and November 2015) have been studied to find out the different land-use change over time (Fig. 4.4 and 4.5).

There are two rivers in the north and north-east side of this swamp forest. During the rainy season, the whole forest is seen to be submerged by water. However, in the dry period, there are some water bodies inside the forest.

During the rainy season, the volume of water of these water-body depends on rainfall and temperature. In 2005, the water-body and reservation of water were more compared to the year of 2015. The water-body has decreased by 4 ha from 2005 to 2015. Everyday more than one thousand number of tourists visit in this area. On the basis of ecotourism law, there must be no harmful activities to the ecosystem and no intrusion of local market in the ecotourism spot.

But now a little floating shop is available there for the tourist. This shop is on a boat that moves across the waterbody whole day. But it may harmful to the forest in the future. Because at this time the number of shops is less, it can be increased by years as the number of tourists is increasing by years tremendously.

But the reality is too much more severe. As there is no dumping zone, the collected plastic mixed with the water and soil with runoff water in the rainy season. In this season the tourists are maximum in this tourist spot.

The presence of overloaded tourists all year round causing a serious impact on the biodiversity of the forest. The forest area contained a large number of biodiversity (both plants and animals).

From the last decade, it started to decrease. But in the last three years the number of aquatic animals, fish, snakes, birds, etc. has decreased at an alarming rate.

According to the local people, in the winter season, the number of migratory birds had decreased tremendously in the last five years. During this time the ecotourism has developed in this area.

The disturbances of this wetland area are high due to excessive population pressure, extreme level of resource extraction, and some natural causes. For instance, huge people migrate to this wetland area from outside. These people illegally inhabit this area where totally or partly depends on wetland resources. 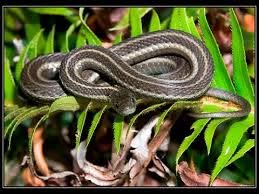 It is sure that if these disturbances continue for a few years, the wetland resources of this area will be reduced at a critical level. In this case, wetland-dependent people will face serious problems regarding their livelihood safety. However, sustainable management is possible by identifying and analyzing the problems of this ecotourism spot.
Lack of proper management, sedimentation, salinity, pollution, overfishing, illegal hunting of birds, lack of institutional coordination, the conflict between sectoral laws and policies, lack of awareness, political unrest, etc. (Talukder, 2009). As a result, many species of flora and fauna living in wetlands are decreasing with the passage of time. Therefore, a negative change is appearing in life expectancy, cultural values and others socio-economic condition of local people.
The management of wetlands in Bangladesh is not well-organized and systematic.
Problems and recommendations

Ratargul Ecotourist Spot is passing through a transition time of degradation of its natural set up that are caused mainly by the anthropogenic factors in the last one decade.
Problems:
• Sound pollution increasing gradually that causes birds extinction.
• Day long human movement in the forest hamper local animals and birds habitat.
• Collection of food and fodder by the local people destroying biodiversity.
• No biodiversity sanctuary present in this area.
• Artificial lake has been made that has negative impact on natural environment
• Artificial fish cultivation destroy indigenous fish species.
• Tar mixing from boats in the water changes to hydrology and aquatic habitat and change water quality.
• The key informants commented that artificial dam is an anti-ecotourism activity is not sustainable for the forest. It has direct and long term impact on the forest ecosystem.
This is the high time to quantify the sustainability of ecotourism.
Recomandations:
• The participatory Forest Management Approach can be an effective tool to overcome present problems of Ratargul Swamp Forest.
• For sustainable management, local communities should be aware about the importance of swamp forest and have to find out alternative income sources to resources extraction and forest degradation.
• To increase awareness, NGOs, forest department and other volunteer organizations should organize workshop for local communities and forest depended people.
• The forest department should be clearly defined the forest boundary, must be maintained forest laws and policies.

Around 18,000 Trees, Including 1,000 Gazari to be cut to Lay Gas Pipeline in Bangladesh

The world’s largest mammal migration is under threat