But how that pollution is reducing human life expectancy, worrisome information has emerged from a new test. The study was conducted by the University of Chicago’s Energy Policy Institute (Epic India).

According to data, Epic India has launched a new index on air pollution and its impact on human life expectancy. What experts call the Air Quality Life Index or AQLI.

Senior Associate Director of that institute Ashirbad Snehdeep Raha presented information about this topic at a workshop held in Kolkata last Monday (January 27, 2020).

Not only have the average of the state but also the condition of different districts including Kolkata appeared in the information of Epic India. The people of Kolkata are losing an average life expectancy of about three and a half years.

However, the concern is that if you think only metro cities like Kolkata are polluted, it’s not like that. The situation is worse in different districts of the state. Residents of two Dinajpur districts of North Bengal or districts like Bankura, Bardhaman, Purulia in South Bengal are losing more than four years of life expectancy on average due to pollution.

Mr. Ashirbad has said that AQLI is being determined by analyzing satellite data and ground-level data found in the Atmospheric Composition Analysis Group of the University of Dalhousie, Canada, in our model.

There are multiple models of how pollution is affecting the human body in different countries of the world. According to the information from different models, we can get an overall picture.

Experts say that the ultra-fine dust floating in the air or PM2.5 is likely to enter the human body while breathing and mix with the blood. As it can cause various respiratory problems, so can fatal diseases like cancer.

Prantor Chakravarty, a former head of the department of hematology of NRS Medical College, explained that ‘PM2.5 could not have been obtained in the air that way even 10-15 years ago. Now, the level of PM2.5 is above normal throughout the year. Not only that dust but also the harmful chemicals are entering the human body along with dust.

Retired Chief Law Officer of West Bengal Pollution Control Board Biswajit Mukherjee said, “It is right that air pollution has a detrimental effect on the human body. But the model based on which human life expectancy is thought to vary due to air pollution that is not very reliable to me.

Because human life expectancy is not just related to air pollution. There are a lot of factors including water pollution, lack of food, and lack of proper medical care behind it.

Lung pathologists said, there is no significant difference between the city and village in terms of pollution. In the city where the smoke of cars is the biggest villain, the main cause of pollution in the village is the poison of fuel like wood and coal. 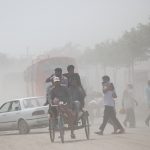 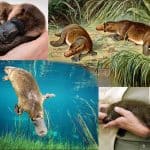 A Rare Species of Platypus in Australia in Existential Crisis

Bangladesh Ban on Travel to Natural Places all over the Country