Despite The Ban on Polythene -Still a Huge Trade in Bangladesh

A vast trade of polythene is being continued throughout the country. There are more than 300 factories set in the capital for the production of polythene. There is a strong syndicate that is active in the manufacturing, production and marketing of polythene even after the prohibition.

By managing some influential’s, some alleged journalists, law enforcement persons and dishonest officials of the Environment Department, the polythene production is being continued and growing up day by day. On 8 April 2002, the Environment Department of Bangladesh banned all kinds of production, manufacturing, importing, stocking, marketing, sales, displaying and distribution of shopping bags made of polythene.

Though it succeeded at that time, from the past few years the production, marketing, sale, and usages of polythene bags has increased noticeably all over the country. Polythene production is going on in the buildings of various streets of old Dhaka in such a way that this is permitted by the government to produce it.

Hence, the price is quite reasonable and it’s around Tk.5 to Tk.6 lakh (1 million= 10 lakh) only. Also, its installations are very easy and it requires a tiny place and to establish a full set machine about Tk.14 lakh only is needed. But having a 440-volt power line is mandatory for the machines.

Moreover, though its production, marketing, sales are banned, this sector is totally out of the government’s VAT, TAX. Because of these illegal opportunities, this illicit business is growing up rapidly.

So, the Government should strictly ban this environmentally harmful polythene immediately.

On 06/01/2020, the honourable High court of Bangladesh ordered the government to ban one-time plastic in the restaurants and hotels, Motels and in coastal regions by 05/01/2021 to curb pollution.

We hope we will make polythene pollution-free Bangladesh in the recent future. 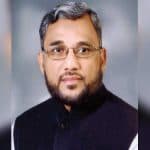 Boron deficiency in soil threats for crops and environment