Killing an animal, whether it is wild or domestic, is heartbreaking news for humans. Recently an incident of killing an elephant by feeding explosives has happened. And it took place in Kerala, a state in southern India. 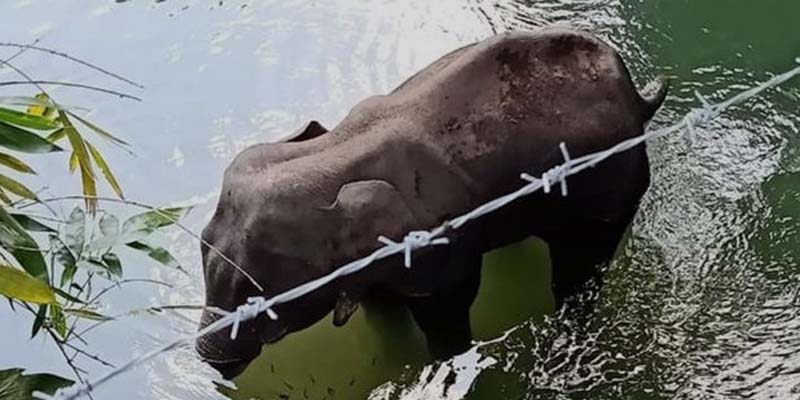 The pregnant elephant died on May 27, standing in a river for three days because of eating a pineapple stuffed with explosives inside. But the identity of the criminal is still unknown.

However, “a case has been filed, and efforts are underway to identify the culprits.” said Samuel Wacha, warden of the Wildlife Department at Silent Valley National Park in the Palakkad area.

The elephant was in such physical pain that it stood in the Velier River for three days after the injury. During this time, the elephant tried to provide medical care but could not move her from the water.

The death of a 14-15 years old pregnant elephant has drawn sharp criticism. This tragic incident has astounded the locals.

And after that, the incident drew people’s attention. He wrote in his post that even after being injured, the elephant left the village without hurting anyone. He also added that the pictures published on social media do not reflect the suffering of the elephant.

The injured elephant stood in the water for three consecutive days. Although attempts were made to provide medical care to the elephant, it was impossible to move the elephant there.

For three days, the elephant’s mouth and trunk were underwater. The forest department first noticed the elephant on May 25.

Warden Samuel Wacha said, “We did not know where the elephant was injured. She was drinking water from under the water, which probably gave her some relief. However, both sides of the elephant’s jaw have been damaged. Her teeth are also broken.”

The death caused by eating the pineapple containing explosives was known after the autopsy investigation.

Mass death of Elephant in Africa in mysterious causes

A woman claimed responsibility and sent to Jail for killing the monkeys in Madaripur, Bangladesh