Due to the abnormal climate change, the invasion of locusts has increased

Throughout the world, different types of animals have been attacked at different times. The invasion of different biodiversity has caused big damage.

Nowadays the invasion of locusts has become a special issue. It also damaged the crops too. After Pakistan including Somalia of Africa, Ethiopia and Kenya locust destroyed some of the country’s crop fields. On the other hand, this time locusts attacked in Saudi Arabia.

It is known that locust has struck almost all parts of Saudi Arabia. In the meantime, by the attack of locusts Asir, Jazan, Al Bahah, Al Qunfudhah and the crops in Mecca have been hugely damaged.

About the locusts attack, Experts said, “The climate of this area is very suitable for the descent of locusts. At the same time, it is thought that the number may become more intense as it is time to lay eggs of the locust.”

Meanwhile, Jordan, the Middle East country, declared a state of emergency because of Locusts. The country’s agriculture minister says locusts which came from Saudi Arabia now it chasing here. It is thought that any time locusts will enter the neighboring country of Israel.

Suddenly the attack of Locusts has increased and the reason behind it is the abnormal climate change.

In the last 20 years, this is the worst crisis in Pakistan since the invasion of locusts. Swarm of locusts has caused great damage to various crops of the country. So that Pakistan has declared a state emergency. Expect says that locusts are also likely to enter India and China.

As a matter of fact, the swarm of locusts has spread from Pakistan to Yemen. And from there they cross the Red Sea to hit countries like Africa’s Eritrea, Somalia, and Ethiopia which are food crisis countries. By the attack of locusts, the Somali government has declared an emergency on the state.

Botanists said that “The locusts are innocent and quite harmless creatures when they are alone but when they are grouped they become very devastating and destructive.

The amount of food that can be eaten by a one-kilometer locusts group, it is possible to feed 35 thousand people for 1 year. It is said that a large locust group can eat up to 120 miles of the crop in a day. And these locusts not only eat food but also work to breed.

Dhaka International Environment Conference Has Been Postponed Due to Coronavirus 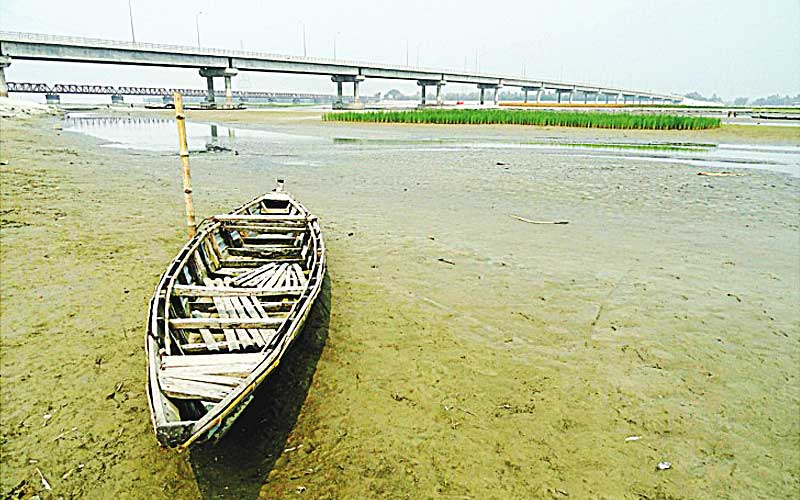 Food habit may Change due to climate change; Seaweed production in refined salt water is growing.