Some suggestions on stock market development; will the new SEC’s Chairman be able to suppress “the AGM party”?

Bangladesh: With the new appointment of the Chairman of the Security and Exchange Commission in Bangladesh, there is hope in the share market. There is a sense of excitement in the minds of small investors. Investors seem to have a chance to get a sigh of relief after being released from the stock market’s suffocation.

Why not just talk about the 2 CC law of the Security Exchange Commission – for the last ten years, the 2 CC law was announced after a few days gaps. After the announcement, the small investors brought the share of those companies where the directors hold less than the minimum number of shares per 2 CC rules.

This was done, so thinking that those companies’ directors could buy shares from the secondary market keeping their directorships would lead to the raise share price of that Company. But alas, after a few days, there was no news of the announcement. Thus small investors have been deceived from time to time again.

It was only possible in this country that the directors managed the Company by holding only 3-5% of a company’s shares. By holding such little amount of share, they play a key role in operating the Company as well as determining the fate of the rest of 95-97% amount of shareholding shareholders. It is nothing but a robbery.

The stock market became such complexity, and the devil’s playground would not be easy for the new Chairman to clean up the mess easily.

This is because there is a huge vicious circle involved in this market; the branches spread far and wide, including commissions’ house. However, for the benefit of real investors and the welfare of the stock market, I would like to suggest to the new Chairman some significant reforms, which are-

1. There are 3 to 4 groups of people in Bangladesh’s stock market called “AGM Party.”

This cycle started gradually after the stock market started, and some companies created this class to deceive the shareholders by not giving speeches of the actual shareholders at the AGM or simply passing it by speaking for them or for the annual report presented at the AGM, which is now widespread.

Even the good companies do not give them benefits; they create chaos in the Company’s annual meeting and try to spoil the meeting by saying nonsense against the Company.

At now, the COVID 19 pandemic period, the AGM Party’s members are receiving financial benefits through the online payment system before the AGM, and on the day of the AGM, they are allowed to speak and help to pass the annual report that is present in that.

The people involved in the companies know that it will be possible to pass the AGM by spending some money, so establishing responsibility and accountability in the management of the Company becomes negligible.

They are first introduced to the bidders on the day of the lottery on applying the proposed shares to the newly acquired public limited Company and giving the message of their cooperation in the AGM’s future performance.

It is not difficult for the Securities and Exchange Commission to prove all these issues. Evidence can only be obtained by observing companies’ presence and statements on the day of lottery application, on the days of Annual General Meetings of companies, and holding 1 or 2 or minor shares in their portfolio.

What unknown reasons for a person who has 1 or 2 or 10 shares in his portfolio of a company delivering an address on the report of that Company’s Annual General Meeting.?

Therefore, it is necessary to set a standard for speaking at the Annual General Meeting of a public limited company, and the Annual Report and Audit Report of the Company should be evaluated by an impartial, experienced evaluation committee constituted by the Security Exchange.

2. According to the announcement of Bangladesh Bank, all loans’ interest rates except credit-card will have to be reduced to a single digit.

But the brokerage houses are still keeping the interest rate on margin loans at 13-14% as per the previous rules. There is a need for the intervention of the Securities and Exchange Commission in this regard.

3. Although the government provided financial assistance to small investors after the stock market crash in 2010, it has failed to mobilize the market despite hundreds of attempts got by the government over the past few years as it has not taken any steps to help large investors.

Because small investors have no foresight regarding investments, they trade shares based on others’ words or rumours. On the other hand, large or medium-sized investors buy and sell shares considering the past, present, and future condition of the Company.

Therefore, to truly develop and mobilize the stock market, it is necessary to bring the medium and large investors affected in 2010 back to the market, providing financial assistance.

4. The portfolio of an investor who took a margin loan of Tk.1 million against his investment of Tk.2 million before the stock market crash has now become as negative as Tk.1 million. We will see that the interest is Taka 2 million against Taka 1 million’s loan if we search.

If Tk.2 million is calculated/deducted as interest against a Tk.1 million loan and the interest is still live there, how can that investor stand up in this market? 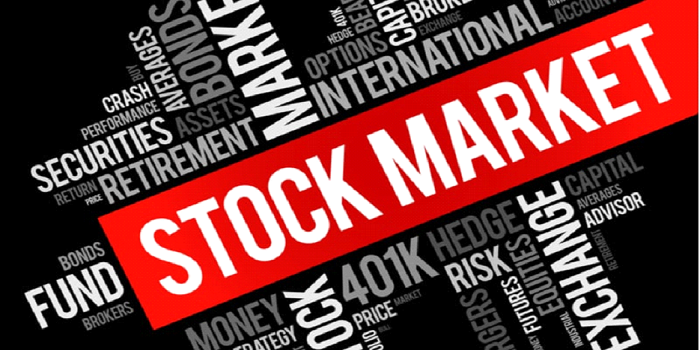 The Investment Corporation of Bangladesh (ICB) has already waived interest on margin borrowers in various step and brought the concerned investors back to the stock market, but no other public and private margin lenders such as Bank, Financial Institutions, Insurance companies, or Institutions have taken any such initiative, so their disbursed margin loans are not being recovered.

And Investors who took out composite margin loans also failed to return to the market. Therefore, to make the market dynamic and develop, the Security and Exchange Commission has the opportunity to play a significant role in this regard.

5. The use of the Securities and Exchange Commission’s Wave Site for comments or complaints is extremely complex and not accessible to the general public.

It should be facilitated for public opinion, complaints, or suggestions.

Also, the Securities and Exchange Commission may arrange for a public hearing monthly so that the general investors can report their grievances/opinions directly to the Chairman.

This issue is included in the public service policy of the present government of Bangladesh. A monthly one-day public hearing has been arranged at all levels of the government.

Substantially, the Security Exchange Commission will provide investors services only if they are aware of the complaints and suggestions of investors. This includes achieving the Sustainable Development Goals (SDGs).

6. The Issuer, Issue Manager, Underwriters, Auditor, Credit Rating Companies associated with the IPO should be responsible and accountable if the Company’s business and financial condition does not conform to the IPO prospectus within five years. And arrangements should be made to bring these companies under ranking based on the Company’s position in the stock market after the IPO to invest in new companies’ shares by evaluating their reputation.

7. It is necessary to change companies’ audit system in the secondary market like in the primary market.

In the hope of getting the next year’s audit work, the Company’s bidders must take the initiative to change the audit rules. The SEC may form an audit panel in this regard.

It may pass at least three audit firms’ proposals for the next year’s audit at the Company’s annual general meeting.

The SEC may approve any one firm or any other firm from the panel appointed outside the proposal to appoint an auditor next year from that proposal. This will allow the audit firm to complete the audit work independently without approving the Company’s audit in the hope of getting the job again or for fear of losing the job.

A ranking list of auditor firms can also be prepared by comparing the Company’s subsequent status with the audit performed.

In this way, the auditor will be alert in the audit work to earn the firms; it will be more focused on achieving responsibility and accountability. The same can be said for the Credit Rating Company.

8. Bangladesh is also committed to implementing the Sustainable Development Goal (SDG) or Agenda 2030 with the rest of the world by 2030.

Bangladesh also signed all agreements and conventions on environment and climate under the United Nations Paris Agreement to achieve average zero carbon emissions by 2050. Also, our Prime Minister is the President of the Climate Vulnerable Forum (CVF), an organization of countries at risk of climate change.

The implementation of the Agenda 2030 of Bangladesh and the Paris Agreement means implementing these by various government organs in Bangladesh.

In that case, the Bangladesh Security Exchange Commission’s responsibilities and duties as an important part of the government in implementing Agenda 2030 and the Paris Agreement are immense.

SEC should look after whether the listed companies are operating under the Bangladesh Environment Conservation Act, 1995 (Amended in 2010), and the Environmental Conservation Rules, 1997, Environment Management System (EMS), ISO 14001 or EMAS.

Is there any action being taken to reduce carbon emissions and use green energy? Whether it is rushing towards green waste management? Whether environmental pollution is spreading – these are properly monitored, and companies are ranked.

To carry out these huge works, there’s a need to open a new wing of the Bangladesh Security Exchange Commission called ‘Environment and Climate Monitor Cell’, run by environmentalists, environmental scientists, and environmental economists.

Commitment should be confirmed from the companies to implement the above laws and regulations related to environmental protection within a specified period, after observing the compliance issues and monitoring its implementation on time and taking steps to increase government benefits, including income tax reduction, companies that comply with environmental laws and regulations.

At present many green and eco-friendly companies have been formed or are trying to emerge in Bangladesh. Under the special program, it is necessary to list these companies in the stock market so that other listed / unlisted companies are also inspired to be green and environmentally friendly.

We should remember that those who are committed to keeping this world free from pollution will also be responsible and accountable in running the Company and will establish accountability; the heinous act of cheating anyone will not corrupt them.

The Teesta has now become a barren shelf, a threat to the biodiversity of northern Bangladesh

Why are Neanderthals disappeared from the earth?