The elephant is the largest animal living above the ground. An adult elephant’s living area can take from 40 up to 800 square kilometers. It assumes that around 268 elephants are living in different parts of Bangladesh.

But unfortunately, the areas do not have enough space for these animals to roam freely. Humans undertake Their living space and walking routes. Their food resource is decreasing too.

This makes the elephants enter the human residence area, which causes harm to both humans and elephants. 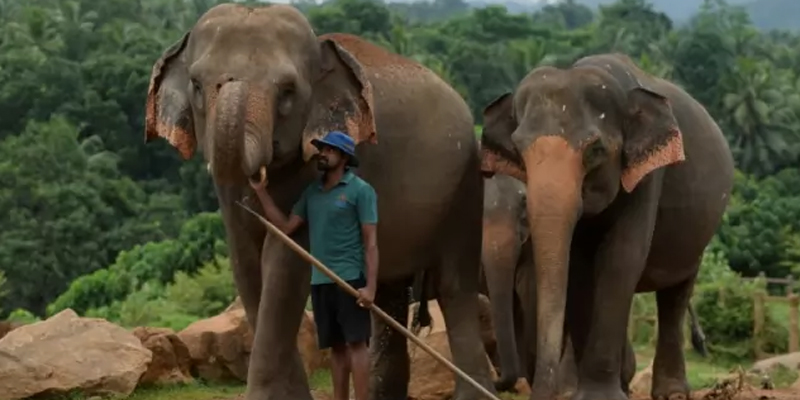 In this situation, ‘The World Elephant Da’ was celebrated Yesterday. This day has significance for ensuring a safe environment and food security for the wild elephants.

Due to the Covid-19 pandemic, no program scheduled in Bangladesh. However, virtual discussions have organized on the international initiative.

Elephant researchers say that an elephant can walk continuously from Cox’s Bazar to Bandarban in Bangladesh. But there are many obstacles to their ways.

The forests have cut down, railways, and high roads constructed through the forests that shut the corridors. Due to growing urbanization and deforestation, this species is now much endangered.

Researchers also say that larger animals need more space. But the natural habitat of elephants is shrinking. Extensive forests have been cleared in Teknaf to accommodate the Rohingya, who have forcibly displaced from Myanmar; Which were the habitat of elephants. The elephant food crisis has intensified in the Chittagong Hill Tracts.

The International Union for Conservation of Nature (IUCN) has listed Asian elephants as endangered species. According to their survey, elephants used to roam freely around the country in the nineties.

There were no clashes with people and fewer casualties. In the 21st century, elephant and human mortality rates have begun to rise. In the last one and a half decades, wild elephants have killed more than three hundred people.

Rakibul Amin, the representative of IUCN in Bangladesh, said, “According to them, the number of elephants in the country is about 268. Their international corridor has more obstructed.

Many elephants are trapped here, especially as barbed wire and mines planted along the Myanmar border. They are neither able to return to Myanmar nor find the necessary food in the small forest of Cox’s Bazar.

Emphasizing on taking long-term projects to protect elephants, Rakibul said, “We have to pay utmost attention to save the endangered animal. Long-term plans need to be put in place to raise awareness about elephant habitats and those living in the vicinity of forests, as well as to relocate them.”

He also said, “Various government projects are being implemented inside the forest. These projects are taking the places where the elephants used to move. Many residences are made.

As a result, elephants are coming to the main locality. That’s when the conflict with the people is created.”

However, in this case, the elephant researcher Anisuzzaman Khan has blamed the people’s aggressive attitude. “People like to chase when they see any wildlife,” he said,

“Wherever it’s a lizard or a snake or fox. Honestly, elephants never come to people, but people bother the elephants in their habitat.”

“On the other hand, not only international migration, the elephants migrate locally in groups,” said Dr. Anisuzzaman.

“Elephants like to roam from forest to forest. But as it turns out, the regular corridors from one forest to another have been obstructed. Or it can be seen that people are crowding along the path that elephants are using. As a result, people are dying, and elephants are being attacked.”

Anisuzzaman thinks that the initiatives taken to save the elephants are just theoretical. In his opinion, the forest department of Bangladesh needs dedicated officers who would pledge their life to the welfare of elephants.

Such officers were seen in India and Sri Lanka. People should be given high training by foreigners to dedicate their work to the elephant’s well-being if needed. Taking initiatives is not enough; things that are a must for the safety of elephants should be clarified first.

The wildfires in California have burned 2.2 million acres of land; 14,000 workers are working continuously to extinguish the fire

For the first time, the International Day of Clean Air for Blue Sky was celebrated.

Bangladesh’s Climate Adaptation is an Example for the World: United Kingdom.