In the case of the female race at birth, the Creator builds the infrastructure in her body to breastfeed her future child. When a woman becomes pregnant, and the child grows inside her body, the Creator creates milk for her child proportionately at her bosom so that the child can quickly get his/her suitable food after getting birth. So, this milk is exclusively for that child – no parent can deprive their newborn child’s Right.

I brought up the issue of the father with mother here because some mothers think that if they give breast milk to their child, the body structure may be damaged, the beauty of the breast may be lost and she may be deprived of affection of the husband, and some husbands also have such strange thoughts.

The matter is absurd and not realistic. As soon as the baby’s breast milk is consumed, the structure of the breast returns to its previous state just like other organs. Actually, Women’s structure is ruined due to carelessness, negligence, and laziness, not exercising regularly, not wearing appropriate size underwear and not wearing it properly.

We, adults, eat whenever we are hungry, whether it is at the reading desk, in the office, on the field, walking, moving, standing on the side of the road; while a child, whether he is one day or a year old, cannot express his/her hungriness except crying, but he/she can’t.

In this vast world, adults have the Right to eat everywhere, but he/she does not have that Right. He/she does not get feedings like adults; his/her feeding space is very narrow.

This world is too much diversified! There are also various patterns of breastfeeding in an open place. Besides backward societies like ours, mothers in the developed world are not able to breastfeed their children in the open place.

Whereas young girls wear bikinis on the beach or wear tight-fitting clothes and walk around in public places in shorts, on the other hand, mothers are too shy to breastfeed their children in public places.

Let’s talk about one such incident in Mexico that happened a few days ago. In 2014, the country’s breastfeeding rate was the lowest in Latin America, with 14 percent mothers breastfeeding their newborns for the first six months. 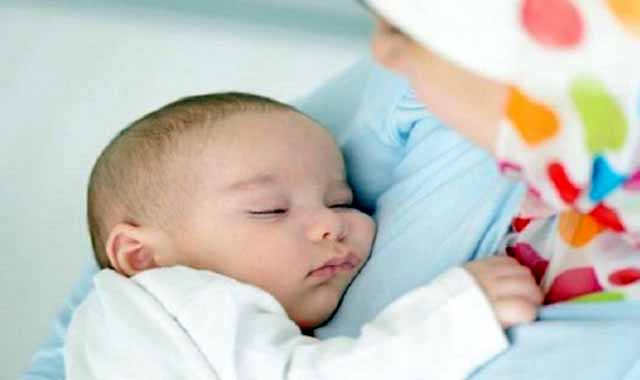 In the current context, it is 30 percent below the global average of 41 percent. In 2015, the country banned free donations of children to hospitals to increase breastfeeding rates.

But alas, a woman breastfeeding her baby in a public place cannot be tolerated! During the holidays, Melanie Dudley, a mother of three children, was breastfeeding her baby at a restaurant of a rail station in Cabson Lucas, Mexico, while a man came in front of her and said, “Do it by covering up the breast.” Considering the outsider, she asks her husband to give her something to cover.

Then she wrapped herself differently; that is, she covered her head with a blanket without covering the breast and continued to care for the baby.

At that moment, her husband took a valuable picture and sent it to her mother. He posted it on Facebook. It went viral soon after it was uploaded to Facebook, and many commented in support of her feeling that there was no reason to feel ashamed or guilty of breastfeeding the baby when her child was hungry.

The picture received 1,38,000 likes, 40,000 comments and 226,000 shares. People comment that they do not understand how all forms of nudity are acceptable in today’s advanced society, but we become embarrassed when breasts are used in their natural purposes.

According to the Federal Centers for Disease Control and Prevention, breast milk is the single best source of nutrition for infants, and breastfeeding reduces the risk of short- and long-term health risks of mother and baby.

In July 2018, public breastfeeding was legalized in 50 states in the United States, but mothers are still ashamed, or people have not yet taken it as usual. As it turns out, humans need more time to take it as a natural necessity. Many mothers are asked to feed their children in restaurant bathrooms, which is awful!

Also, if any fashionable and highly open clothing is not prohibited and is considered tasteful, how can it be inappropriate to breastfeed? Dudley added that she is aware that there have been some negative comments in her picture, but it has also brought a rhythmic momentum to mothers who prefer to breastfeed in public places.

She said that breastfeeding is a difficult task, so some mothers do not need to give importance to it. Have you ever seen adults get embarrassed to eat in public places? So, how can we blame the mothers for feeding their babies?

From a religious and social point of view, it is not permissible for mothers in our country to openly breastfeed their children.

However, whereas adults can quench their hunger here and there, it needs to build infrastructures at all workplaces, stations, and recreational centers so that mothers can breastfeed their babies safely and secretly if necessary.

Then the breastfeeding rate will increase a much as well as people can take it easy and realize it’s importance within a short time.

The Government of Bangladesh has taken the initiative to set up “Child Care Centers” in various offices and courts and extended maternally to 6 months for working women as per section 46-50 of the Bangladesh Labor Act 2006. Since 2012, mothers working in the private sectors have also been brought under this law. However, this law has not yet been fully implemented.

Because of this, the Hon’ble High Court of Bangladesh has issued an order on 18 February 2020 to the Ministry of Labor and Employment of Bangladesh within 60 days to set up “Breast Milk Drinking Corner” in all Mills, Factories.

Let us take mother’s breastfeeding as a natural thing all over the world, cooperate, and feel responsible.

What is Acid Rain and why it occurs ?